May 13: Mrs. Derecskey reads “Billions of Bricks.”  Activity: Be creative and build something with various materials around your house/yard.  Practice counting too!  Mrs. Derecskey’s story

May 11: Mrs. Bell reads “On the Space Station.” Write or draw your packing list for if you were going on a trip to the space station! If you think this is an interesting topic, check out the tour of the real ISS or NASA activity book  Mrs. Bell’s story

May 6: Mrs. Karges reads “Somebody Loves You Mr. Hatch!” Mrs. Karges challenges you to do something for your neighbor, draw a picture on their driveway with chalk. Mrs. Karges story

May 4: Mrs. Misinec reads “Runaway Bunny.” Mother’s Day is coming on May 10th, make a card or write a note for your mom or someone else you love.  Mrs. Misinec story

April 29: Mr. Kithcart reads “Green Eggs and Ham.”  He challenges students to think of something that you could eat that is green? Think of fruits and vegetables, etc.   Mr. Kithcart Video

April 27: Miss Cotterill reads “Why Should I Recycle?”  She challenges students to talk with your parents about if your family recycles or not. If you don’t recycle, ask if you can start! If you already recycle, see if there is something in your house that you can repurpose or reuse.  Miss Cotterill Video

April 22: Mrs. Kinder reads “Dragons Love Tacos” parts 1 and 2.  Her challenge is for students to help make dinner one night and then take and send a picture of families eating together! Mrs. Kinder Video

April 20: Mrs. Nizen reads “The Kissing Hand.” She challenges students to trace their hand and then draw a picture of something you’re thankful for in the middle.  Mrs. Nizen video 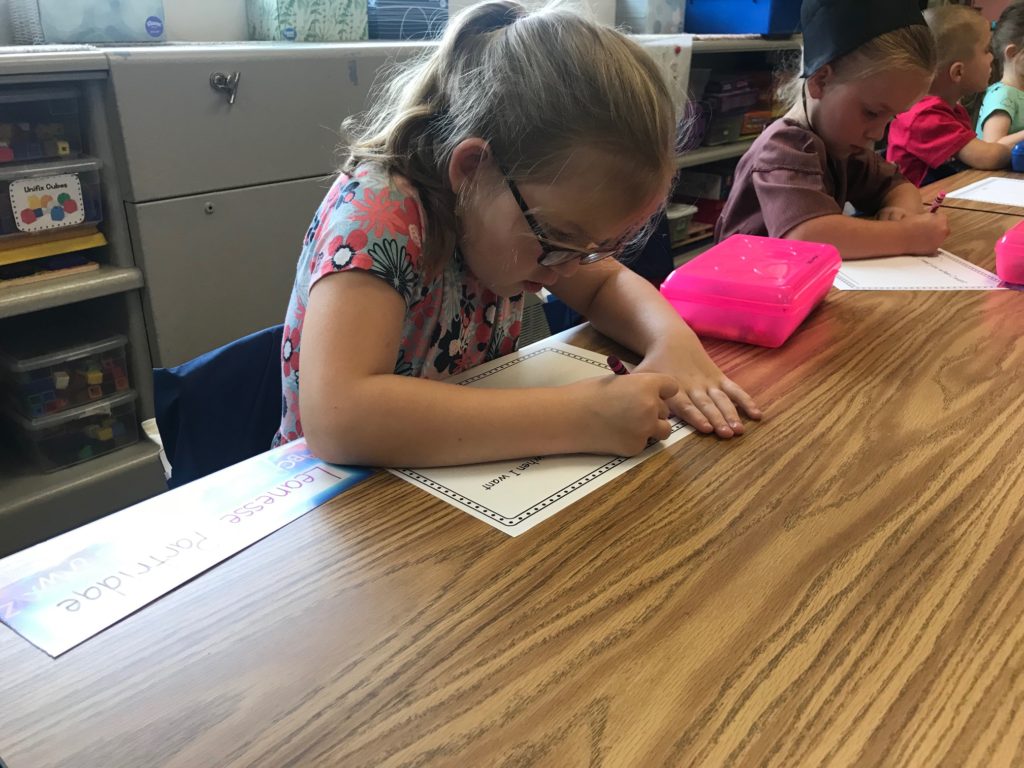