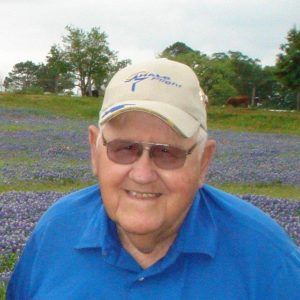 Richard (Dick) Nordeen started filming high school games in 1957 on the “old rock pile” behind the original high school. He used to wind up the 16mm camera to film practices, scrimmages, and games for Coach Verno.  In 1965, Nordeen designed and built the “eagles nest,” which was fastened  high on one of the light poles on the west side of the high school football field. The eagles nest remained in use for nearly 40 years. Nordeen continued to film until Coach Verno retired in 1983. For over 26 years, in every kind of weather, Nordeen was on the camera high in the eagles nest. After retiring from filming, Nordeen remained an avid Huskies fan for the rest of his life. 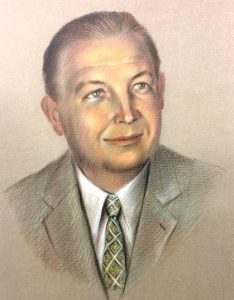 Alfred J. (A. J.) Jordak served the Cardinal School District for his entire adult life. After graduating from Maple Heights High School and Otterbein College, Mr. Jordak started his career as a teacher and coach at Parkman in 1933. He came to the Middlefield Schools in the late 1930’s, also serving as a teacher and coach, before becoming Superintendent in 1944. During Mr. Jordak’s tenure as superintendent, he supervised the creation of the Cardinal Local School District, consisting of the Parkman, Middlefield, and Huntsburg schools, during the 1950s. He also presided over the construction of the current Cardinal High School during the 1960s before retiring in 1969. A. J. Jordak Elementary School is named in his honor.